Hammerkop Migration Camp is located on the Mara River banks inside the Maasai Mara Reserve itself, within easy reach of all the best wildebeest crossings -the closest being less than 200 metres away and the Musiara area. With only 7 exclusive tents, Hammerkop Migration is an intimate safari camp accessible only by air or 4×4, the camp is perfect for calm wildlife photography away from the congested areas of the park. 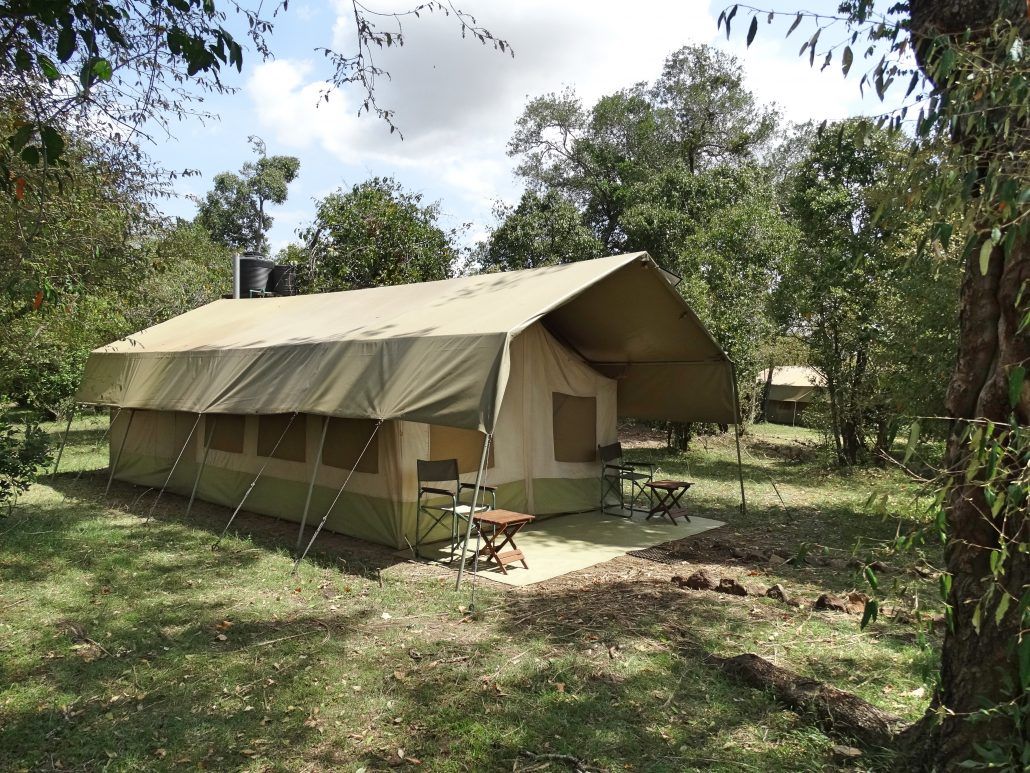 A wildlife enthusiasts’ dream, Hammerkop Migration is the only camp in the Masai Mara National Reserve not only almost completely surrounded by the river and numerous hippo pools, but is also the closest camp to a wildebeest crossing, a mere 200 meters from your tent. All members of the “Big Five” (lion, leopard, African elephant, African buffalo, and Black Rhinoceros) are found in the Masai Mara. Hippos and Nile crocodiles are found in large groups in the Mara River, next to the camp. In addition, hyenas, cheetahs and jackals can also be found.

This small camp has a private atmosphere and was designed specifically to cater for those people wanting to immerse themselves in the beauty of the savannah.

With only 7 exclusive tents, Hammerkop Migration is an intimate safari camp in the heart of the world-renowned Masai Mara National Reserve.  The mess tent at  Hammerkop Migration Camp  has dining area and separate seating, with a courtesy bar area overlooking the camp site. There is also a  Photo Tent  dedicated for the use of computers, downloading pictures from memory cards and recharging batteries.  The quality of the food and the camp staff’s attention to the wellbeing of the guests make Hammerkop Migration Camp a great place to immerse yourself in the Mara reserve, at superb value for money.