A Zanzibar Beach Holiday offers just about any couple’s dream honeymoon destination and what every family needs for a dose of Vitamin Sea! Zanzibar has a pleasing weather all year round due to its position near the equator. Our 5 Days Zanzibar beach holiday offers a great opportunity to Soak up the sun, enjoy the warm waters of the Indian Ocean and relax on the brilliant white beaches of Zanzibar Island picturesque paradise
Duration: 5 Days Zanzibar Beach
Location: Zanzibar -Tanzania
Price: Enquire
Book Now!

Probably just about any couple’s dream honeymoon destination and what every family needs for a dose of Vitamin Sea! Zanzibar has a pleasing weather all year round due to its position near the equator. Cozy bars and restos line up this haven with ambient settings to achieve that dream holiday vacation. Whether you’re capping off a safari vacation, preparing to head to one, or simply want to relax in this paradise, Zanzibar will not fail you. There are several water sports activities to choose from and cozy nooks for those who just want to snuggle with a book and mocktail.

You can also go for sight-seeing and you’d be amazed to see its huge Arab influence, the population being predominately Muslim. The oldest traces of Islam can be found in a Mosque at the Southern-most end of Unguja Island at Kizimkazi. Kizimkazi Mosque is one of the oldest Islamic buildings on the East African coast.

Day 1: Off to Zanzibar

Drop off to Arusha airport for your flight to Zanzibar. Upon arrival, transfer to the hotel for dinner and overnight . 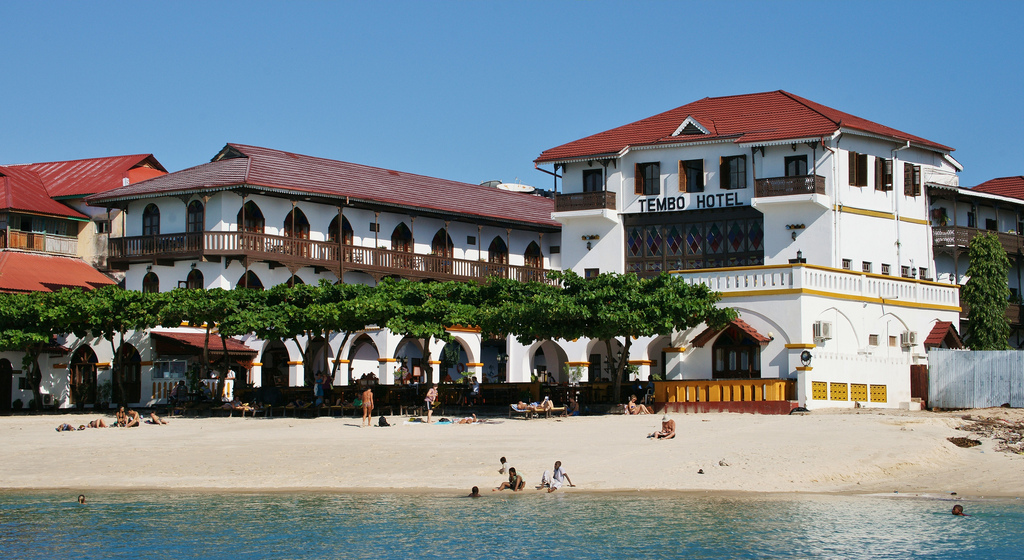 Some dose of history to kick-off your Zanzibar visit: When the Portuguese arrived in 1498, they found on the coast a series of independent towns, inhabited by Arabs, but not united to Arabia by any political tie. Their relations with these Arabs were mostly hostile, but during the sixteenth century they firmly established their power, and ruled with the aid of tributary Arab sultans. This system lasted till 1631, when the Sultan of Mombasa massacred the European inhabitants.

We have developed a special Spice Tour with in depth information not only about spices, but also organically grown herbs and a detailed description about their traditional uses in medicine cosmetics and cooking. After this educational tour, we have a sumptuous lunch at one of the eateries within town, where you can taste the spices and fruits.

After lunch we take you to your beach resort.

On the way, you pass Jozani Forest, the last habitat of the rare endemic Red Colobus Monkey. With a local guide, you stroll through Jozani Chwaka National Park and look at the rare monkeys. You also have the option to wander down the boardwalk to the fascinating Mangrove Ecosystem.

Right on the Northern most point of the island, the beach that surrounds this area is truly stunning. Azure waters and white sands are what await those that come here. The only drawback really is that many of the hotels have had to perch on the coral cliffs that run north from the village and, as such, lose their beaches at high tide. Generally, however, this is not a problem and, with the small backpacker community in the village, this is a great place to head if you like to get out of the hotel for a drink or two.

Breakfast at the hotel. A full day relaxing at the beach of North Nungwi

Zanzibar, the majestic spice island of the Indian Ocean. These are two main islands of Unguja and Pemba. Over centuries, different cultures have influenced Zanzibar to become what it is today. Sumerians, Assyrians, Egyptians, Phonecians, Indians, Chinese, Persians, Portuguse, Omani Arabs, Dutch and British have settled here at one time or another and influenced the local culture into the present fusion.

Breakfast at the hotel and relax at beach. Pick up in the afternoon and transfer to the airport for flight to Dar where you will connect your international flight back home

Accommodation: On your own arrangement Meals: Breakfast and Lunch