If you’ve got a sense of adventure and enjoy pushing boundaries for exploration then a helicopter ride to the remote corners of Tanzania is the perfect way to explore this continent’s vastness. Versatility and flexibility are the hallmarks of a helicopter flight. Because of its ability to takeoff and land vertically, a helicopter can transport you quickly to the less explored regions.
Duration: Luxury Helicopter Tour
Location: Tanzania
Price: Inquire
Book Now!

We provide  Helicopter Adventure Tours from Arusha flying over the Mount Kilimanjaro, Lake Natron,Lake Manyara for Flamingos, Oldonyo Lengai (the mountain of God) and Mount Meru. The Tour normally takes 4 Hours and more depending on the place visited and clients interests.

Soar over the Great Migration in the Serengeti  and Ndutu – this wild realm is remarkably diverse.  Touch down on Pemba “The Green Island” of Tanzania and experience some traditional culture or after arriving relaxed from your chopper immerse yourself in the world class scuba diving on the island of Mafia.  If wildlife and National Parks appeal to you take off from Katavi in the far west of Tanzania famous for its hippo, crocodile, elephant and lion, soar over Lake Tanganyika before landing at Mahle to visit the magnificent population of chimps at Greystokes.

Helicopter charter costs are based on a fixed hourly flying rate and a minimum of 3 hours a day . Each inquiry is individually tailored to provide the most cost effective solution.

NB: The minimum number is four clients for a helicopter safari in Tanzania. We partner with experienced flight charter companies in East Africa to offer you the best rates possible.

The Kilimanjaro helicopter tour starts from Moshi Airport. Taking off, the pilot will point the helicopter to the East, making a flight over the city. During your flight, you will be able to see all the climbing routes to Kilimanjaro while skirting the mountain range. You will also fly over Lake Chala which is the largest tectonic lake in the Kilimanjaro area.

Price Excludes:
Helicopter flight above the crater of Kilimanjaro (as this is prohibited by the rules of the Kilimanjaro National Park)

Explore Mwiba’s 129,530-acre private wildlife concession, lush with freshwater springs, sparkling waterfalls and a diverse array of wildlife, on a morning or afternoon scenic adventure. Head east over the Burunge Wildlife Management Area and down the escarpment for dramatic views of one of the oldest geological wonders of the world, the Great East African Rift Valley. Explore a chain of caustic soda lakes, home to vast flocks of pelicans and flamingos, and look out for ancient Baobab trees before landing atop the escarpment for  refreshments overlooking the ancient landscape.

Choose a morning or afternoon scenic flight to view the Southern Serengeti from a new perspective. Scout for wildlife from above and stop for coffee atop a beautiful ‘koppie’ with unrivalled views of the rolling savannah landscape. Then head south over the lush Mwiba conservancy and east towards the Great Rift Valley, plunging 3,000 feet toward Lake Eyasi. Swoop low over the mirror-like surface of the soda lake reflecting pink with thousands of flamingos before toasting to your day’s adventure with a delicious bunch or dazzling sundowners on top of the escarpment. 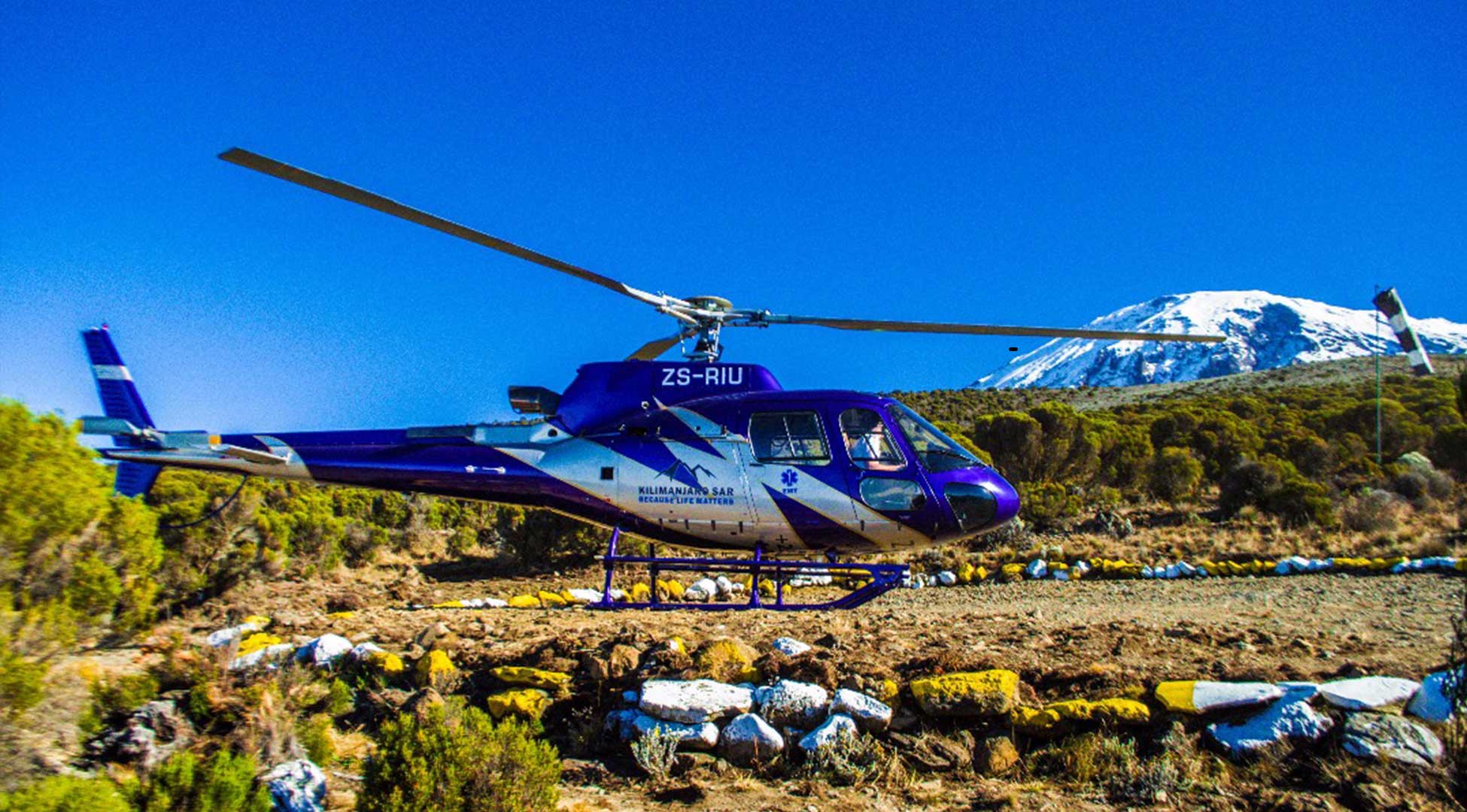 This Lake Natron Helicopter tour winds through the Great Rift Valley toward one of Tanzania’s most spectacular natural phenomena, the red volcanic waters of Lake Natron, stopping for lunch and refreshments along the way. Fly over Ol Doinyo Lengai – an active volcano, and sacred ‘mountain of God’ to the Masaai tribe – and look down into the molten black lava below. Journey past the famous Ngorongoro Crater, before dropping down a steep escarpment and skimming over the shimmering waters of Lake Eyasi. Top off your adventure with a refreshing dip at a secluded waterfall or gorgeous natural spring.