Lake Manyara National Park is very easy to access: it's about 90 minutes' drive from Arusha and barely an hour from the Ngorongoro Crater. The park is well protected between these two natural boundaries. Lake Manyara was originally proclaimed to protect elephants, and the small Manyara elephants with their short tusks still roam the rain and fever tree forests in abundance.
Tags: Day Trip to Lake Manyara, Lake Manyara National Park, Tanzania safari, tree-climbing lions

Located 125 km west of Arusha town, nestling by the wall of the Great Rift Valley, Lake Manyara National Park is one of the oldest and most popular sanctuaries in East Africa. The park has a large variety of habitats, making it possible to support a wealth of wildlife in its small area.

Lake Manyara National Park is small compared to Tanzania’s other parks. At only 330 square km it fits neatly into the Great Rift Valley it is the real Cinderella of Tanzania parks. It is often overlooked and underrated but this gem was described by Ernest Hemingway as ‘the loveliest place I have ever seen’ when he set eyes on it. The shallow alkaline lake is often covered by resident flamingos and whatever the park lacks in size it make up for in diversity. 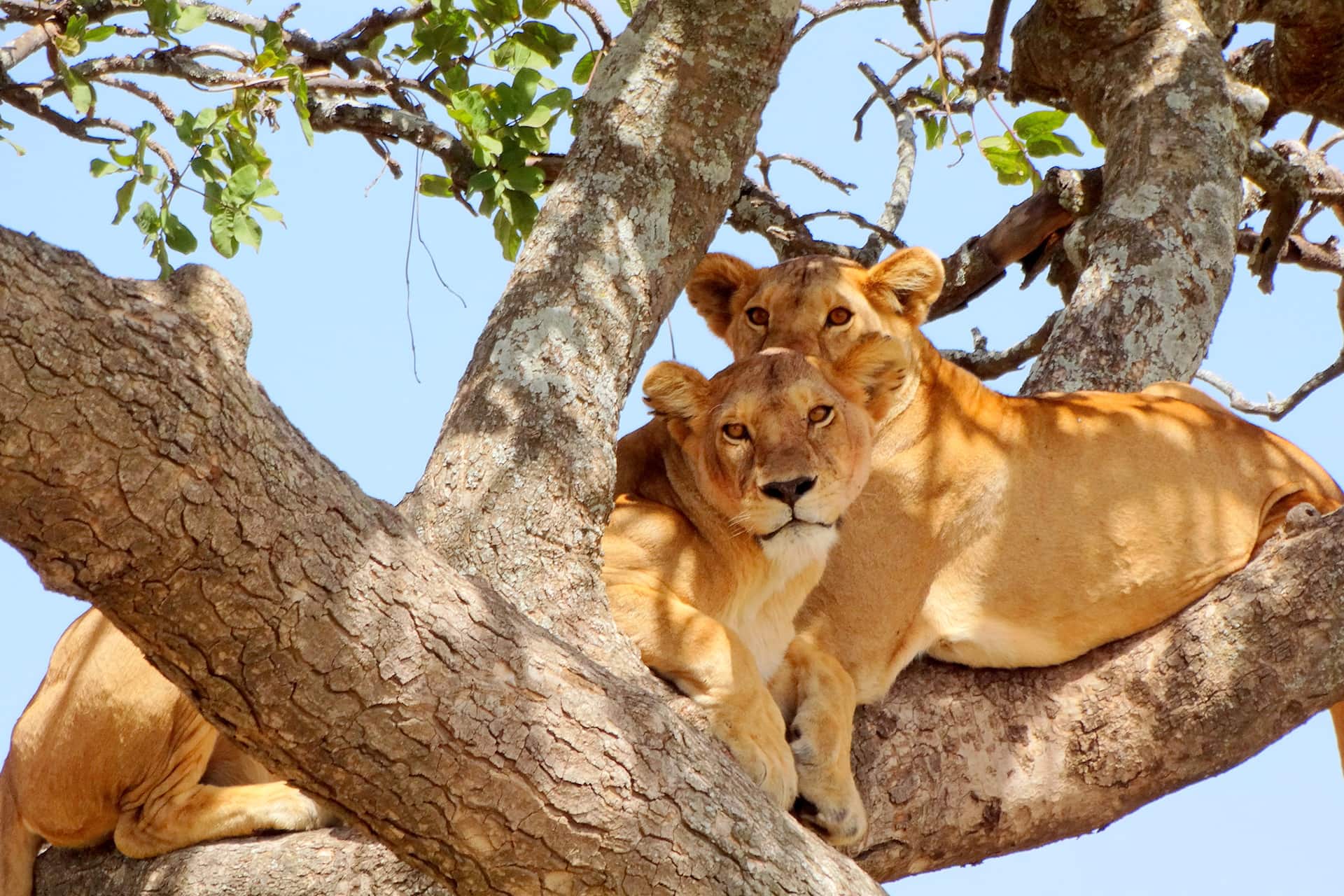 The park is also known for its famous tree-climbing lions. It has been suggested by a local warden that this strange behavior probably started during a fly epidemic when the big cats decided to take to the tress to escape from the swarms of biting flies and that this ongoing behavior has now become part of everyday life.

You’ll depart from Arusha after breakfast and begin the drive to Lake Manyara National Park. The journey takes approximately two hours, but we’ll pass through the market town of Mto Wa Mbu along the way. This agricultural and fresh produce market is a melting pot of local cultures and a souvenir hunter’s paradise.

After a brief stop at the village market, you’ll enter Lake Manyara National Park. The park is truly a photographer’s playground and offers some of the best game viewing in the world. You can expect to see many of Africa’s most well-known animals, with the tree-climbing lions a particular treat. These proud predators lounge in acacia trees practically begging to be photographed.

Bird-watchers will find Lake Manyara is an absolute delight, with a huge variety of birds on display in the park. Even the novice can expect to be amazed by large flamingo flocks, circling birds of prey, and the brightly coloured lilac breasted roller.You’ll return to Arusha in the late afternoon.

Under the right conditions, it is also possible to take a guided canoe safari out on the lake. Consult us to see if this activity will be available for your visit.