Shaba National Reserve is a tiny gem of a reserve in the north of Kenya. It lies in an area of harsh, dry terrain that’s part of the same ecosystem as Samburu and Buffalo Springs. Shaba, however, is virtually cut off to all but those with access to a 4 wheel drive vehicle or an aircraft, so it’s mercifully free from traffic. 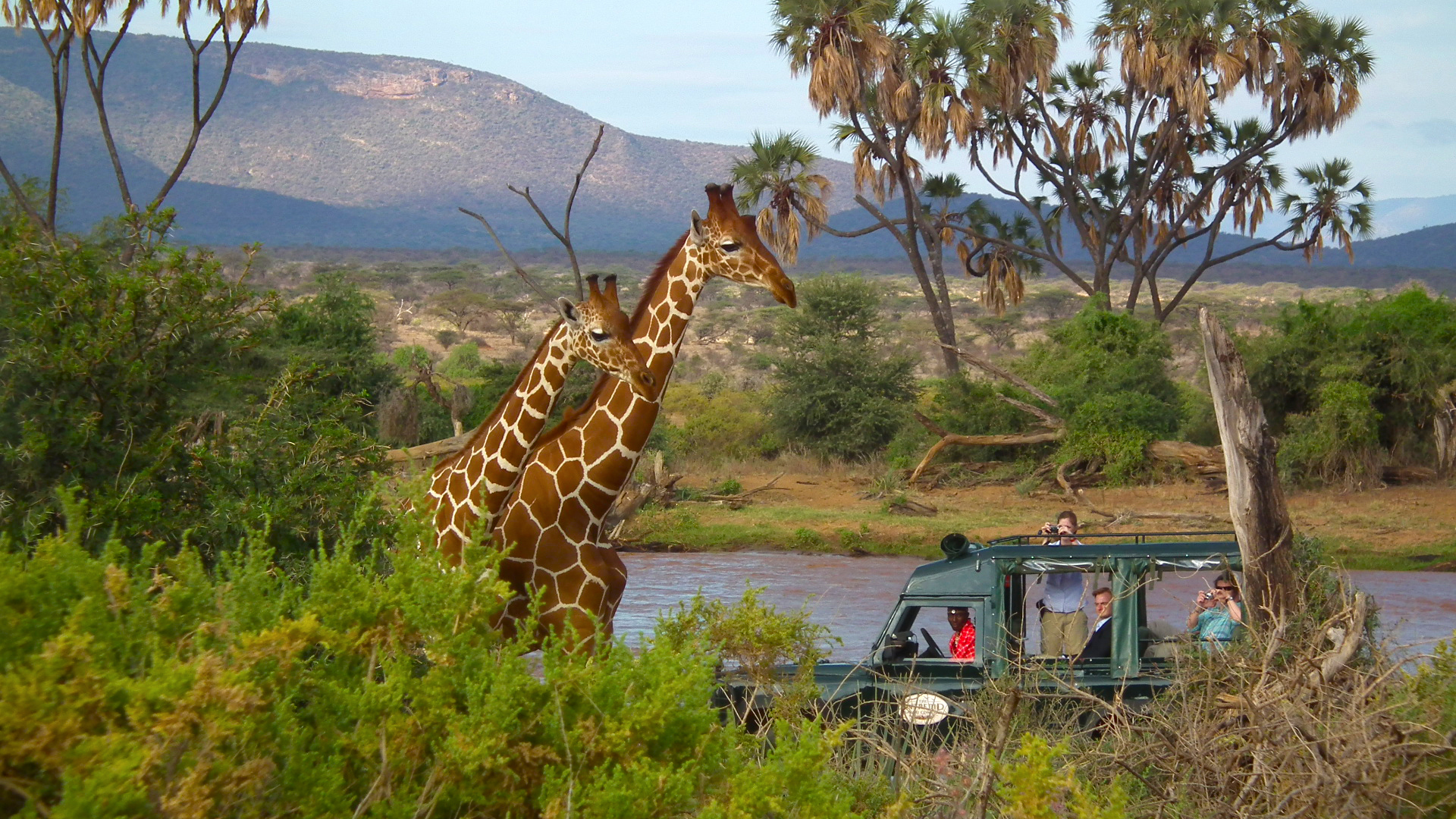 Shaba Game Reserve is located in the eastern corner of the Samburu eco-system. Shaba is a secluded and arid landscape dotted with lush springs and rocky river gorges.  Shaba, named after the Shaba Hills that form its western boundary, covers an area of 239 km². The Ewaso Ngiro River flows for 34 kilometres along its northern boundary and there are also 17 natural springs, a magnet for game in a region that experiences just 300 millimetres of rainfall per annum.  A few of the highlights of this area are the Gerenuk ‘giraffe necked’ antelope, the Reticulated giraffe, the Grevy’s zebra, leopards in daylight and the Samburu people. As well as the northern species, Shaba has a healthy population of lion, leopard, and cheetah. Shaba is also a birdwatchers paradise with hundreds of species.There are only two lodges in Shaba National Reserve, which is part of the Samburu eco-system. Joys Camp is the only camp that game drives within Shaba (the other lodge game drives in Samburu).